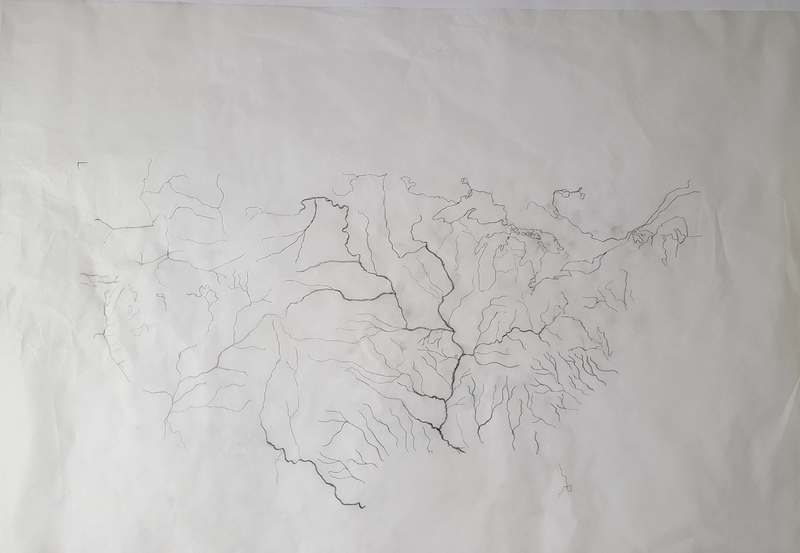 The mapmakers place an outsize emphasis on rivers in their map design. Rivers are represented with solid black lines. The inclusion of even minor rivers means that a network of rivers seems to cover the map. In cases where state boundaries and rivers overlap, rivers dominate. Indeed, state boundaries are visually secondary to rivers, whose solid black ink superimposes over the dotted state boundaries. The emphasis on this natural features seems relevant to me because of the fact that a central tenet of this map’s argument is that freedom and slavery are fighting for control of the land. The importance given to rivers signifies for me the importance of natural features in the battle between slavery and freedom. When one steps back, there are very few features that stand out on the map other than those that are natural (especially in the form of rivers) and that which is political (especially in the form of state and territory names). This hierarchy speaks to the conflict at the center of the map’s political purpose. In sum, rivers are given a prominent place in the map design not because of any practical meaning to be drawn from the rivers, but rather to add symbolic meaning to how slavery and freedom fight for the land.