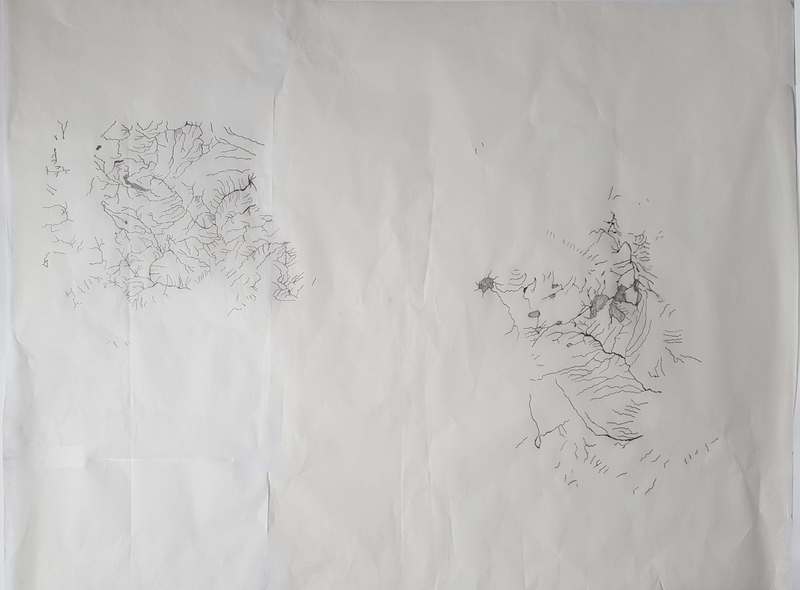 This layer shows the rivers shown in North America and Asia, as well as lakes (shaded in) to which inland rivers connect. Rivers (and their labels, which I have not included in this layer) make up the majority of information shown in continental interiors on this map. They are important because they indicate possible routes of travel within these continents. I have not included the rivers in the newly-discovered North Pacific land because they are drawn in with shading rather than solid lines like the Asian and North American rivers. One type of information that needs to be known more precisely before the interior of this land can be mapped like the other landmasses is where its rivers flow.