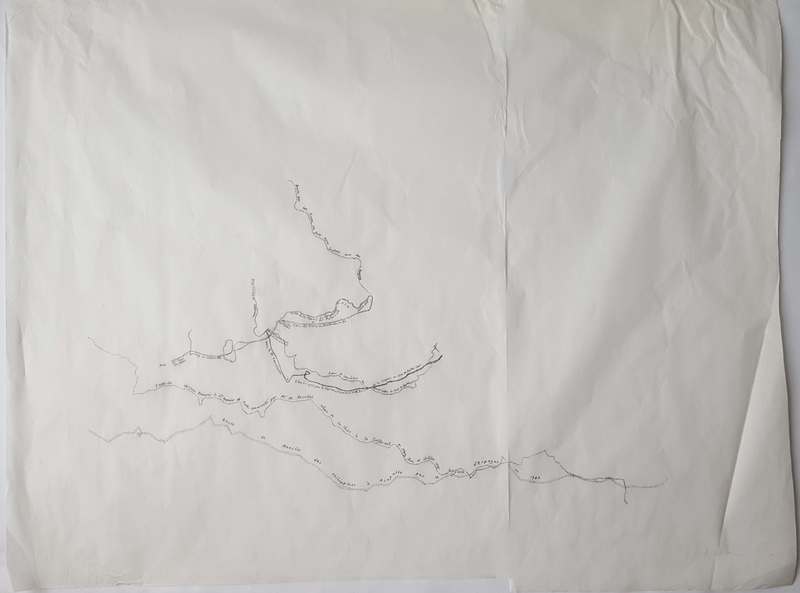 This layer shows the routes of various voyages that are plotted on this map. All of these routes are labelled, usually with who took them and the date of the trip. Two are common Russian routes, and I have also included the ports labelled on the Kamtchatka peninsula. This layer, like the Native Presence one, adds a human element to the map, as well as a historical one. From these route lines, one can get a sense of the navigational ability of explorers at this time (from the unexplained meandering and even loop-the-loop routes) as well as of their ships' speeds based on the given dates. The mapmakers' choice to show these routes on the map draws a connection between discrete experiences and geographical knowledge, as voyages like the ones shown are what enabled Europeans to map out lands like those in the North Pacific presented on this map.