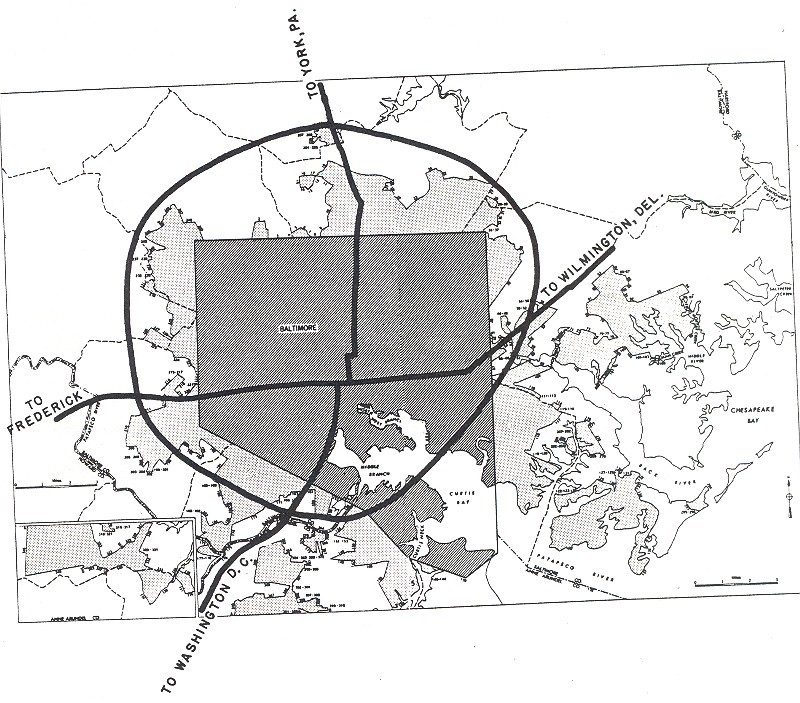 From the Smith Report of 1945, the map shows early plans for the location of Interstate 70 in Maryland, encircling Baltimore. It was the first study to propose an express route. The map was later included in the General Location of National System of Interstate Highways document, also known as the Yellow Book of 1955. This map and route was never realized due to heavy local discord, particularly the east-west connection. Interstate 70 is also known as the Eisenhower Memorial Highway, for much of it's stretch, designated in 1973 by a Congressional Act and dedicated as the Korean War Veterans Memorial Highway for its entire its expanse in 2002 by the Maryland General Assembly. It is part of the National Highway System.