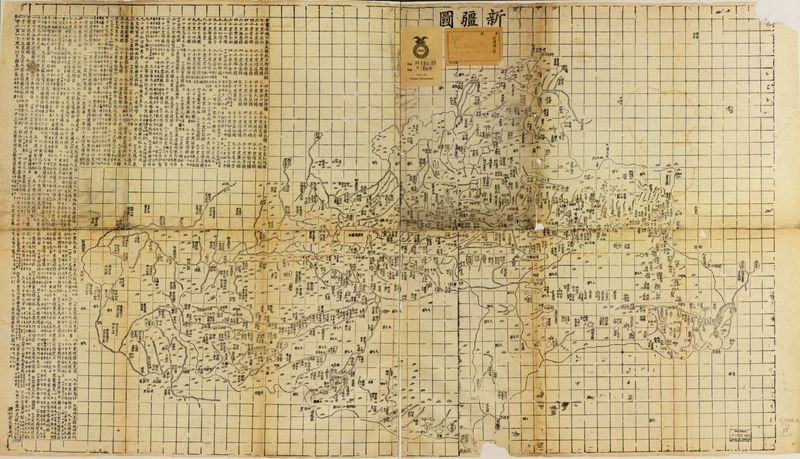 Map of the New Domination

This map is an engraved map of the Chinese Qing Dynasty’s New Domination Province. Published around the 1860s, this map still follows the techniques of traditional Chinese Cartography. The grids on the maps help cartographer represent the landscapes on the map following a specific scale. Latitude and Longitude are not shown on this map. The cartographer depicts borders, mountains, deserts, lakes, waterways, towns, forts, and place names. This map shows the relative locations of landscapes rather than absolute locations. Although some map symbols are applied, the monochrome printing makes all the symbols hard to discern.
At the left side of the map, the cartographer uses words to record the distance between major towns, postal relay stations, and strategic points. The long name list starts from the postal relay station near the capital of the adjacent Gansu province and ends at Hotan (Hetian).

Chongwen Bookstore of the Hubei Province