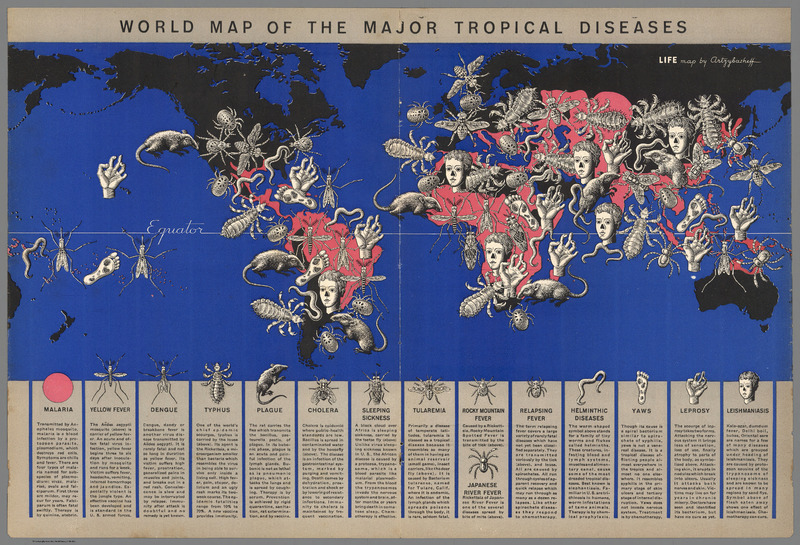 This map, produced in 1944, shows major “tropical diseases” and where they occur in the world. A stylized image of the vector or symptoms of the disease is drawn over each afflicted region. Along the bottom of the map is a key describing which image refers to which disease, with a short block of text giving more background about each disease below the corresponding image. Interestingly, malaria is the only disease not identified by an image, and instead malarial zones are just colored pink. The map overall creates an almost gruesome image in which the world is covered in insects, pests, and deformed humans. It is a very unconventional way of depicting disease since the area that each image marks and the ranges of diseases are very vague. It would not be very useful for an epidemiologist, but is a striking way of conveying to the viewer the number of diseases that afflict the world and to what extent we possess the ability to treat them. The decision to depict malaria so differently raises an interesting question about perception of that disease in particular.