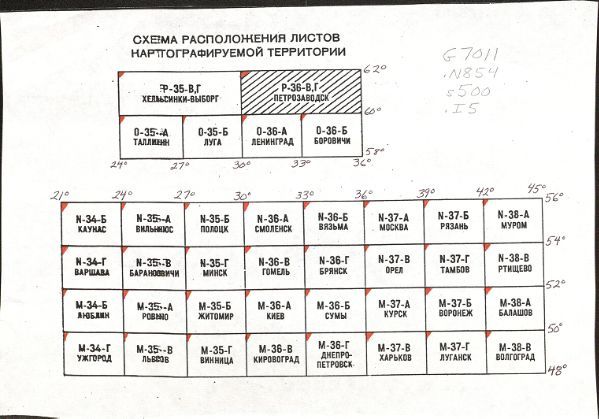 This key refers to other maps that depict the extent of contamination from the Chernobyl disaster. Interestingly, it indicates that maps of Cesium-137 distribution were much more detailed than those of Strontium-90 from the same month and year; while only four maps were used to represent the contaminated territory, this document suggests that many more were produced to cover the same area for the Cesium maps.

While it does not itself provide this information, it points to two important things: first, the state of published knowledge about contamination from the accident at a pivotal historical moment; and second the extent of relevant territory for those who made the maps. While I have not (yet) located the other maps, this document serves as a baseline for further research.