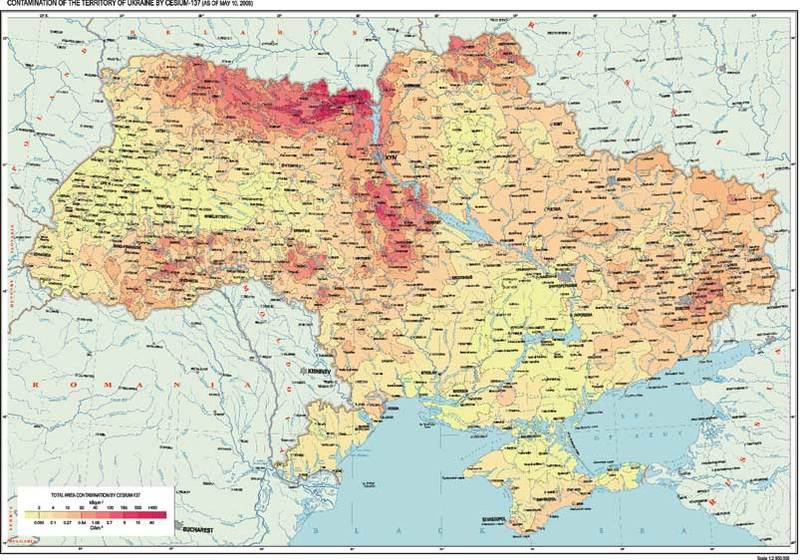 This map portrays soil contamination on the territory of Ukraine with cesium-137, a radioactive isotope, as of April 2011. Cesium-137 has a half-life of approximately 30 years (which means that 30 years after its release, half of it will have degraded and become non-radioactive). While it is not the source of the most enduring threat from the accident (other isotopes have half-lives of up to a quarter of a million years), it is one of the main contaminants affecting humans.

While my project focuses on the use of environmental monitoring data to define the Chernobyl Exclusion Zone, a 30-km radius around the accident site, the additional information provided by this map is valuable in that it shows the compromise inherent in the construction of the Zone, and the generalizations about risk that it implies. The map makes it clear that the bulk of the contamination lies closest to the accident site, but it is also made clear that other regions are by no means exempt from the threat of contamination.

Additionally, by providing no information about contamination outside Ukraine, it defines the environmental burden of the accident's aftermath as a Ukrainian issue.