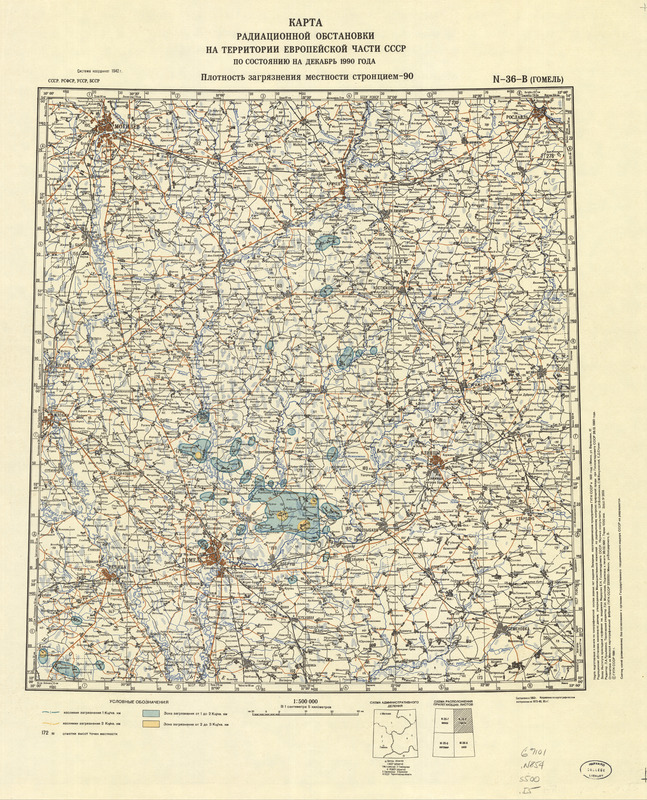 This map shows the spread of Strontium-90 contamination in the area of eastern Belarus and western Russia surrounding Gomel' in December 1990. It is one of a set of four Soviet-produced maps showing strontium contamination from the same point in time. They were produced by the State Committee for Hydrometrology and Control of Natural Resources of the Soviet Union, which was in charge of producing contamination maps twice a year.

An earlier version of the map served as the basis for the IAEA's map, in terms of contamination data. However, the two maps are very different in their portrayals of natural features, roads, and other basic elements of the map. In the process of verifying Soviet environmental monitoring data, the IAEA scientists instead often were faced with the task of reconciling two (or more) different basic accounts of the territory itself, and the level of contamination it contained.