Topographical and Geographical Terms in Arabic (and English (Historical Map) 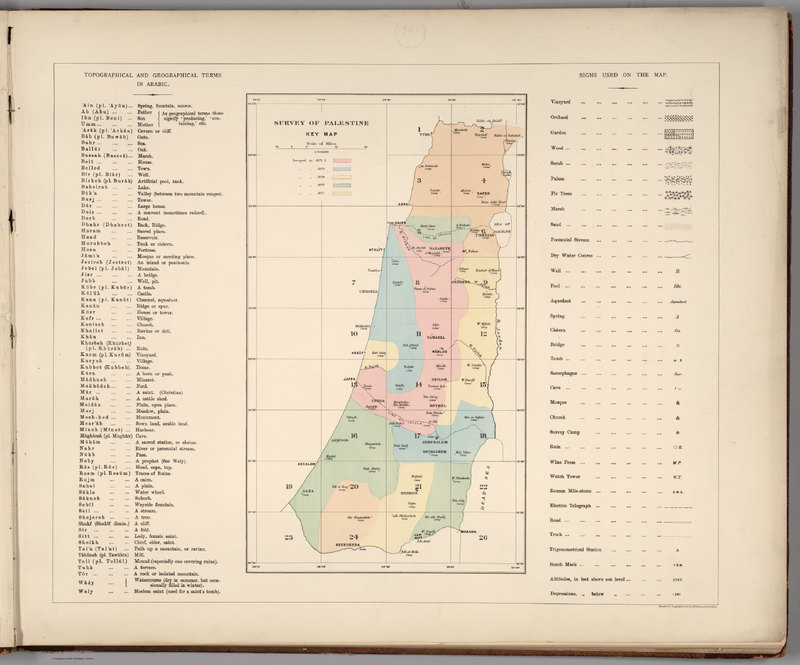 This map presents the place names of western Palestine in Arabic and explains their meaning in a key on the side. It also marks the location of Arabic villages, churches and mosques. It is a notable that this map is included to the Palestine Exploration Fund Survey because it acknowledges the development of an indigenous culture in the region since the time of the new testament.
The New Testament seems to color the surveyors' interaction with the land in the remainder of the collection so I hope to study the ways that it has seeped into this map as well. Notably, unlike the other maps in the survey, this map appears less technologically advanced and does not include topography lines. It might be less useful as an orienting tool for the military and might instead represent the academic interests behind the survey.

The region of Ottoman-era Palestine west of the Jordan River

Britain Colonial Mapping of Western Palestine in the Ottoman period