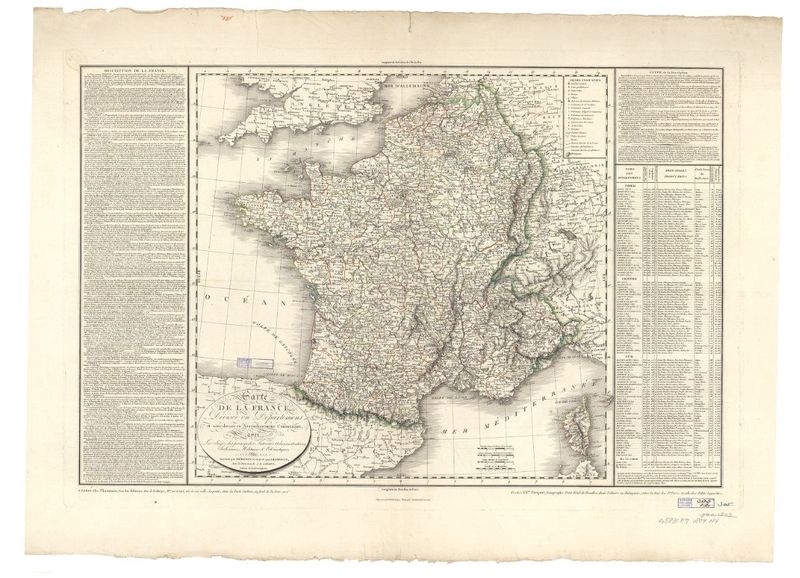 Created in the same year as many of the other maps in the exhibition, this map is a map of France, and includes the region of modern day Belgium unified as one country with the rest of France. This map, unsurprisingly, was created by a French cartographer. To the North of Belgium there is a unique boundary line symbol that on the key is said to meant "division generale de la France" meaning "general division of France." However this boundary line isn't present to the east where France borders Germany. This could be explained by the fact that in this map the Rhine River defines France's border, and this cartographer chose not to overlap symbols for the River and the boundary. The boundary line seen to the North of Belgium however, reappears in the south surrounding France's conquered territory in Italy. Perhaps this border symbols signifies some level of insecurity about the border of this newly conquered territory. But if so, this insecurity is subtle, and the region of Belgium is, to this French cartographer, very much part of France.