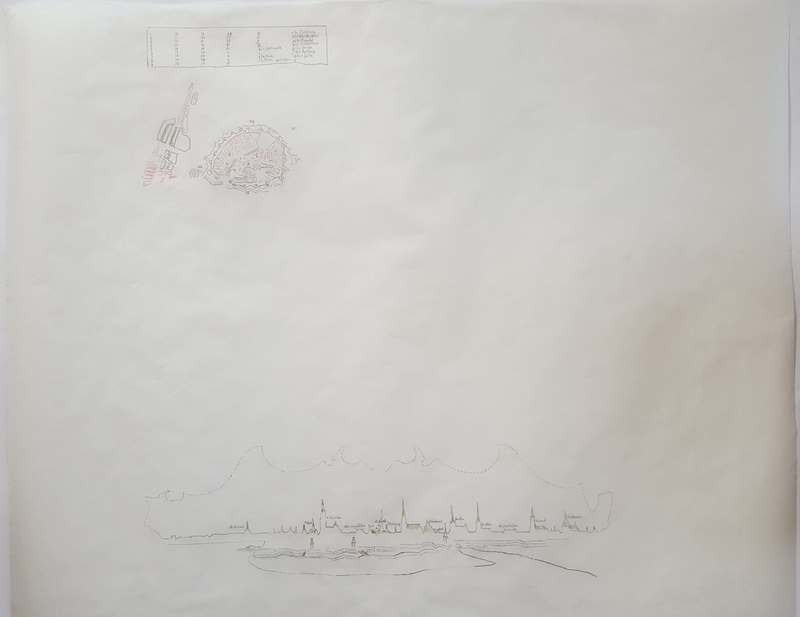 Viewing one city in two ways

Different views of Hamburg were shown in the upper and lower parts of the map. In the upper part, Hamburg and its neighboring area were illustrated as city grids. The fortifications and drainages were depicted in details. With the help of an index, further information about the city was provided. Numbers and alphabets in the index correspond to places on the grids. (In general, numbers correspond to fortifications, while alphabets correspond to churches and other important buildings.) In the lower part, there is a cartouche of the skyline of Hamburg. The view is the sighting from a boat approaching Hamburg. The fortifications were also carefully portrayed as in the city grid view. Names of some more easily identifiable buildings were shown. These buildings were taller and had colors other than red (at least as shown on this print version). Most of them can be found on the alphabet part of the index.