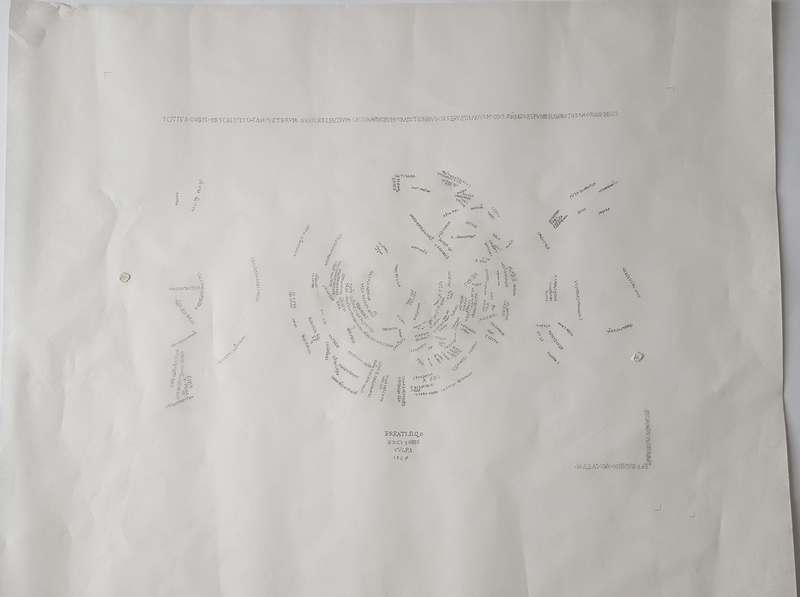 Text is an immediately striking part of the map. It forms the border of the map, and crowds in the globe, particularly filling the northern hemisphere. The text performs a variety of roles, from describing what the map shows and its maker (in the title), to naming geographic features (e.g. Nile, Italy), to describing properties of an area (e.g. 'A rich land'), but it is all written in the same style and appears as one set of information.