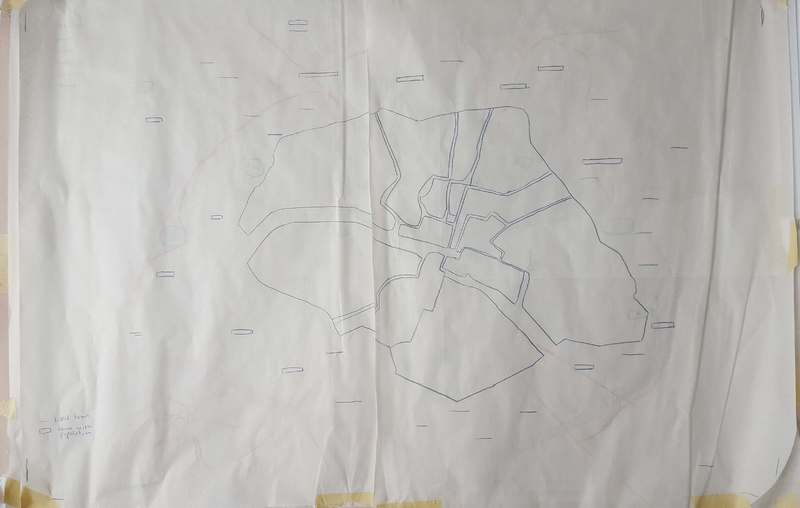 This layer consists of the boundaries of the Arrondissements (administrative districts of Paris), the Murs d’Octroi, which marked the edges of Paris, and the towns of the surrounding area, which are named but not circumscribed. The names of towns are circled if the population is listed and underlined if not. It is perhaps strange that map-makers should take such care to demark municipal authorities, especially as these distinctions were created in 1795, and were not necessarily representative of qualitative distinctions in districts. It maybe speaks to the influence of government centralisation on spatial awareness and identity (government districts were meaningful divisions which people identified with), or that this map was made to educate students about their government (perhaps supported by the stamp on the map “Instruction Publique. M. Lebel, Auguste”). The division between Paris proper and the towns of the surrounding area is emphasised by their very different representation, and by highlighting the larger towns (the names of which are printed in larger, non-italicised type, and accompanied by the number of inhabitants) you can get a rough sense of the distribution of population in the areas around Paris. Updated versions of this map made in 1863 and 1866, after the city limits had been extended to the Murs d’Enceinte extend the visual language of central Paris to the extended city.