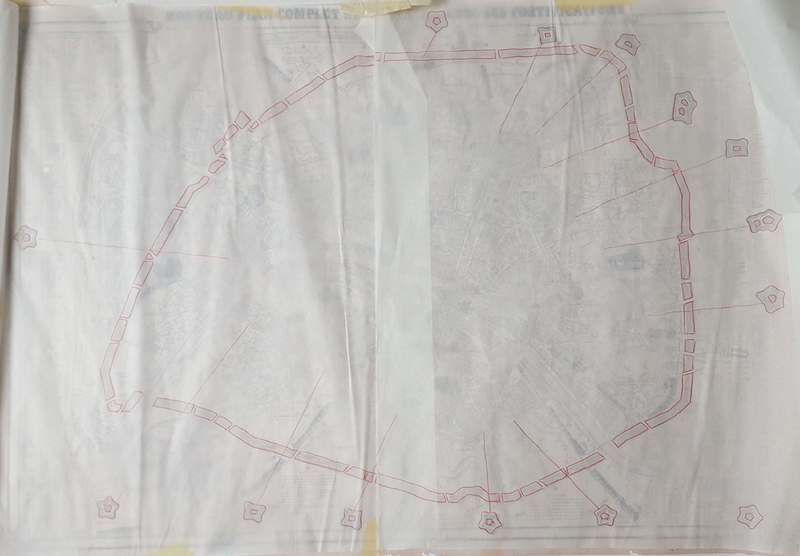 The map takes great care to pick out Paris’ fortifications. The Murs d’Enceinte, walls built in the 1840s around Paris are highlighted in orange, and forts in the Paris region, which would not fit onto the map, are included with lines indicating truncated distances. While I could find one other civilian map of Paris that similarly emphasised fortifications, the only other ones to do so are military maps. Furthermore, the Murs d’Enceinte were unpopular in Paris, as it was suspected they had been built to hem Paris in rather than to defend it. This layer is interesting when considered in relation to the railways and monuments, and the political developments in France at the time: the map was published three years after the establishment of the Second Empire, which used the memory of Napoleonic military glory to legitimise itself. In elevating Paris’ military fixtures to the level of public monuments, this map seems to be making (or perhaps accepting or reflecting) an argument for the importance of the military to Paris and to France.